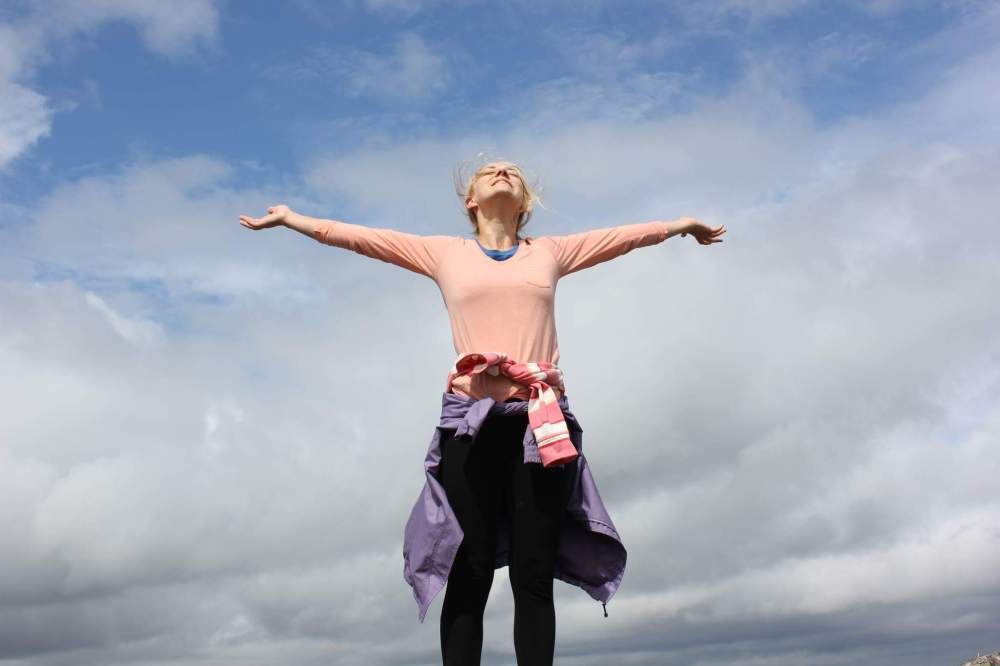 “Well, I drank more than a lifetime’s worth in the first 36 years of my life, so I thought I should call it a day.”

“I just couldn’t moderate, so I figured I shouldn’t have it at all.”

These are the sort of responses I have typically given when people ask me why I’m teetotal.

Just to be clear, I don’t mind at all when people ask me why I don’t drink, and I also don’t mind at all if people drink alcohol when I’m socialising with them, although truth be told, there wouldn’t be much fun for me in hanging out with a group of exclusively drunk people. Not because I’m jealous that they are drinking. Because drunk people are boring. And I feel I can say this without causing too much offence, having spent more than half of my life drunkenly boring the nips off my friends and family.

It has occurred to me that while my above responses are not untrue, they are the filtered version of the reason behind my sobriety. It’s time I told a bit more of my story, something I have been hesitant to do, earlier because of shame, now because I fear judgement not of the fact I used to drink excessively, but in case I am considered “attention seeking” or self-celebratory (“Look at me NOW! I’ve come so far!”).

The sole reason for my oversharing is this: it might help someone. I know this because reading the blogs of those who had put booze firmly behind them, slammed the door and vowed to “Never Question The Decision” to quit, quite simply, saved my life. I also know that the bits and pieces I have posted alluding to addiction recovery, anxiety and depression, have been helpful to some people, because they have told me so. Not that anything I have to say is exceptional. Indeed, I now know that my story is exactly like millions of other women’s, who looked like they were just fine, but inside, were teetering on the edge of self-obliteration. But this is the point. Realising that we aren’t alone and that we are broken in an unsurprising and fixable way, but that we cannot recover from addiction without help, is of absolute importance.

After ten demoralising years littered with failures to first moderate and later abstain from drinking, it one day occurred to me to type the word “sobriety” into a search engine. Many times had I googled “Am I an alcoholic?”, “alcoholism” or “liver cirrhosis”, and always felt further demoralised and afraid that I could not harness the willpower to address my little problem of ‘needing’ a bottle of wine each evening like I needed air.

But with that one little internet search in a slightly different direction, a mindblowingly simple shift took place. A shift towards “How can I create the life I want?” (NB initially the “life I want” wish was simply a life where I didn’t hate myself – and back in early 2017 even that challenge looked like Everest), away from “How can I possibly give up the only thing that gives me any respite from the constant streaming of vitriolic self-hate monologue in my head?”.

At this point I had zero self belief and had no concept that my all-consuming thoughts were not absolute fact. So this is where I had to choose to take a leap of faith that things could be different, better, transformed. And that is where reading other people’s hopeful stories of sobriety after being total nightmare boozehounds came in.

I didn’t necessarily believe I could change, but as I’m about to explain, I was at a point where I might not have much left to lose soon, so I figured, “What the hell, let’s just assume sobriety will be awesome once I get used to it”.

At the end of my drinking career I was severely depressed and had frequent suicidal thoughts, as well as intrusive thoughts of ‘running away’ from my family. Sleeping rough. Disappearing from my life. I know it sounds crazy, but I genuinely wondered by this point whether my children (at that point about 18 months, 4 and 11), would be less damaged in the long run by my complete disappearance from their lives than by my depressed, directionless, self-loathing presence. And I thought that my husband was perhaps so disappointed at the shell I had become, that he would be relieved if I disappeared from the face of the earth.

It is pretty humbling to come out of the other side of addiction. I walk past homeless addicts in the street, sometimes offering them food (which they rarely seem to want, because of course, that’s not what they want), and know that despite my appearance, apparent privilege and happy family life, all that separates me from them is a decision or two I made, then doggedly, unquestioningly (eventually) continued to make.

Because addiction knows no class, gender, race, sexuality, age, profession (although it’s true that our perception and treatment of addicted people in different groups is coloured with different shades of prejudice – addiction is certainly an issue for racial and gender equality politics). No one chooses the nightmare of addiction, and those who appear to have done so are inevitably fleeing other nightmares to start with.

By the way. “Mummy needs wine”-themed memes, cartoons, greetings cards and books offend me (note, really, don’t give them to me!). Most people in recovery feel the same, because these memes, “They whine, I wine” T-shirts, wine bangles (bracelets you can fill with wine… please tell me it’s a joke!) play a small (or perhaps not so small, they are bloody everywhere) but significant role in the ‘normalisation culture’ of daily drinking for mothers. Drinking as a crutch to deal with the very real stresses of motherhood is widely normalised, while addiction is heavily STIGMATISED to the point it feels painfully embarrassing to discuss a drinking problem and ask for help. This double standard is alarming. At the stage where many mothers start to realise that they really ‘need’ wine every evening, do you think they tend to

a) discuss their concern that they might be becoming addicted to wine with a friend or GP, or
b) pour another glass of wine, read “Why Mummy Drinks”, chuckle at and share a “Hurrah For Gin” meme, because, “thank God, everyone else is doing the same as me, at least it’s not just me, unwinding with a glass or three is normal, right? and I deserve a treat, I have 3 children and a demanding job, for goodness sake… And it’s one of your 5 a day, right?” ?
You get my point.

It is my sincere wish that anyone could say, “I am worried about my relationship with alcohol” to a friend, colleague or doctor with no more trepidation than if they were saying, “I’m worried about this rash, do you think it’s ezcema?”.

If I’d felt able to do that, perhaps I might have avoided getting to the rock bottom stage where I considered the option of becoming a tramp as a preferable alternative to subjecting my children to having me as their mother.

Today happens to mark 500 days since I last drank alcohol. My husband wasn’t aware of this milestone when he put his arms around me at 6.30am this morning (while our 3- and 5-year olds bounced on our heads) and said, “You’re amazing, you know?”. And I thought:

If this sounds self-celebratory? So what.
I did more than a lifetime’s worth of self-loathing in the first 36 years of my life, so….. I think I should call it a day.